True wilderness is difficult to find.  Over the past century, humans have gradually broken up lands that once held some of the most diverse plant and animal species on the planet.  Both land and ocean react badly to this intrusion and fragmentation and the planets last areas of wilderness should be a conservation priority.  Due to the building of transport routes, clearing land for agricultural use and the fast growth of cities and towns spreading across different ecosystems, it is believed that only 23% of wilderness on land is left.

The oceans are certainly not exempt from human influences and recent studies have suggested that a staggering 13% of the world’s oceans do not show signs of human activity, an even lower statistic compared to terrestrial estimates.  The increase in over-fishing as well as chemical run off and creation of disturbing shipping lanes have effects not only on the immediate area but cast devastation for miles and miles around.  This is without even mentioning the onslaught of plastic that enters our oceans every second of the day, remaining there for hundreds, maybe thousands of years.

Protecting areas of wilderness ensure that there are areas on our planet that species can safely populate without human influence and act as much needed carbon sinks to help mitigate the problem of climate change.   Nature Reserves and National Parks are often the wildernesses that we think of and most can visit.  However, even these are not true wildernesses in the regard that they are still substantially influenced by humans and have to be managed in certain ways.  True wildernesses exist beyond most of our reach, often documented as far away and distant places in documentaries on television.

In 2016 a study published in the scientific journal Current Biology found that even though there was a rise in protected areas between the years of 1993 and 2009, our planet lost an area of wilderness totalling the size of India; that’s 1.27 million square miles.

Designating protected areas based on endangered species inhabiting them is often not good enough.  Designating protected areas based on its wilderness may seem more appropriate.  Afterall, these areas are looked at based on an ecosystem as a whole; an often extremely highly healthy and functioning ecosystem at that.  That is not to say that protected areas should not be designated based on species that are at risk, certainly that is necessary.  But neither views should be ignored, both should be considered within discussions around conservation.

In recent news, the Wyss Foundation has committed to $1 billion to protect 30% of Earths land and oceans by 2030 through the Campaign for Nature.  The campaign aims to fund far more initiatives that are locally led, including areas of land that belong to the public allowing far more people to explore the great outdoors whilst also having the opportunity to engage in grassroot projects.  Empowering and involving local and indigenous people will help effectively identify and protect their important natural areas.

Countries such as Russia, Canada, United States and Australia have some of the larger areas of wilderness and are in an excellent position to act as a model to the rest of the world by securing those last untouched places.  As citizens of these countries, we have a right to speak out and encourage governments to protect these areas, that not only will that influence the biodiversity of that country but will benefit the planet on a much larger scale. 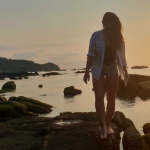 Thank you for reading. I started KatyJaneDives.com to share my passion for diving. I am an environmental educator, scientist and now an MSDT diver.

This platform has been made to create, connect and share my knowledge in the world of diving.

Thank you for reading. I started KatyJaneDives.com to share my passion for diving. I am an environmental educator, scientist and now an MSDT diver. This platform has been made to create, connect and share my knowledge in the world of diving.

link to How to Prevent Seasickness When Diving

If you're completely new to scuba diving, you may wonder how regular divers manage to get so far out and so deep into the water without feeling that dreaded motion sickness! Let me tell you - while...

If you are into outdoor adventure, then a dry robe is a must for your backpack!Maintaining your body temperature (and modesty) whilst on the boat in between dives or on land after a nice cold wild...

Hey there, I'm Katy Jane. An environmental educator, scientist and now a full time mermaid. Follow my dream journey into the blue. Visit my About Me page for more on my journey.

This site is owned and operated by Katy Jane Dives. Katy Jane Dives is a participant in the Amazon Services LLC Associates Program amongst other affiliate programs, these are affiliate advertising program designed to provide a small means to earn fees by advertising and linking to Amazon.com. This does not affect our reviews nor our morals, we still get to choose brands we like and do not like. We are not given free products.